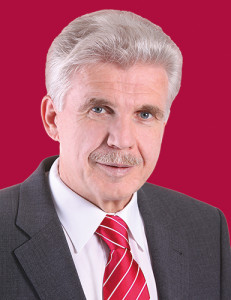 Integrity, passion and innovative spirit coupled with the latest technology.

These characteristics are the cornerstone of sustained success, strategic alliances, partnerships and a maximum level of customer satisfaction.

Schnaidt GmbH was established in 1989 by the married couple Margit and Helmut Schnaidt in Herrenberg (near Stuttgart) and currently generates a turnover exceeding 9 million euro per annum. Around 40% of this is achieved abroad.

The core business initially focused on the manufacture of soldering masks for wave soldering of configured assemblies. The product range was soon expanded through the addition of assembly holders for the separation of electronic assemblies. Schnaidt GmbH is now the leading supplier for equipment employed in the production of electronics. Customers range from those involved in the telecommunications, medical and energy technology sectors to the automotive industry, aviation, the defence industry and PCB assembly providers.

Complex markets and changing customer demands required continuous expansion and adaptation of the product portfolio. In addition to equipment for the soldering and separation of assemblies, Schnaidt GmbH and around 80 employees at two locations are today creating complete process technology solutions for the production of electronics. To support this, Schnaidt GmbH maintains a mobile sales force of six dedicated personnel to ensure close contact at all times with our customers. In addition to Germany, Schnaidt GmbH is represented either directly or through well-known partners in Romania, Italy, Benelux, the Czech Republic, Austria and Switzerland.

Personnel who undergo the best training available, one-stop design and production, production machinery which represents state-of-the-art technological standards, sophisticated process structures and the right strategic orientation also guarantee that professional solutions will be developed in future to meet the challenges which customers set us.

Schnaidt GmbH is regularly represented at Productronica in Munich, SMTconnect in Nuremberg, Ampere in Brno and E&A in Utrecht and is also a regular contributor to a variety of technology events addressing the latest trends in electronics production.

1989
Establishment of the company as a sole proprietorship by Helmut Schnaidt in Herrenberg, Germany.

1997
The company takes up occupancy in a new premises. Schnaidt GmbH unveils its new image.

2000
Growth and the upswing in business necessitate an expansion of Schnaidt GmbH. The takeover of the Von Roll subsidiary in Troisdorf near Cologne aims to distribute Schnaidt quality beyond the region. An additional production location is created.

2001
Expansion requires the extension of the Cologne subsidiary. A new office and production building is added in Cologne Porz/Gremberghoven.

2007
A cooperation agreement is signed at Productronica 2007 in Munich with GAS-Automation GmbH from St. Georgen in the Black Forest for the marketing of GAS workpiece carriers for depaneling separators.

2008
Expansion of the production area in the parent company creates additional capacity.

2010
The cooperation with GAS-Automation GmbH already pays dividends for both parties after only a few years. Workpiece carriers for GAS depaneling separators have become a fixed component of the product range.

2014
Our product portfolio is expanded, with Handling and Automation being added to the Soldering and Separation Technology divisions.

2014
Celebrating 25 years of Schnaidt – two locations with around 60 employees generating a combined turnover of about 7 million euro.

2020
Schnaidt is market leader in the German-speaking region of Europe and also has well-known sales partners in Romania, Italy, Benelux, the Czech Republic and Austria. 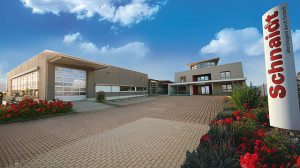 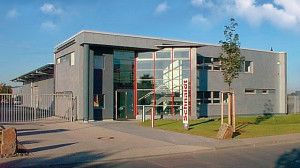 Thank you for your visit – Productronica 2019

Visit us at Productronica in Munich

Be inspired by our image video! »